Home / Teams / UK / Arsenal / Champions League: Why are the English sides struggling in the competition?

Champions League: Why are the English sides struggling in the competition? 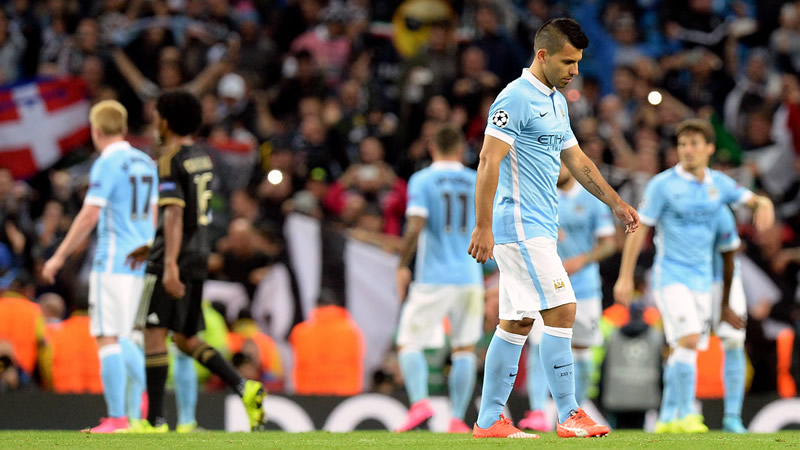 The arithmetic involved in UEFA’s coefficient may be boring to many, but to some it is starting to worry. Another week of under-achievement in the Champions League for English clubs has bred concern that Italy, with their coefficient at 61.105, can catch up to England’s 65.284 and in doing so would limit the Premier League’s qualification spots to three rather than the four it has now.

The coefficient is calculated by dividing the number of clubs representing an association in each the Champions League and the Europa League from the total number of points gained from each of their teams in the season’s campaign on the continent.

Two points are awarded for each win and Italy have already taken that from England after Juventus won 1-2 at Manchester City on Tuesday. Lazio were defeated in their Champions League play-off with Bayer Leverkusen but got their Europa League campaign off to a respectable start with a 1-1 draw with Dnipro in Russia. Fiorentina suffered a 0-2 reversal to Basel but Napoli demolished Club Brugge 5-0.

Decent week for Serie A sides

Roma, Italy’s second Champions League participant after Juventus, drew 1-1 with Barcelona, current holders of the competition, round off a decent week for Serie A clubs in Europe. Contrast that with the fortunes of the Premier League representatives and it is clear why England, even though they have no chance of losing their fourth spot until the end of the 16/17 at the earliest, are beginning to look over their shoulders at their old rivals in the heart of the Mediterranean sea.

Manchester United, to Dutch champions PSV Eindhoven, and Arsenal, to Croatian champions Dinamo Zagreb, both went the same way as City and it was over to Chelsea, who thumped Maccabi Tel Aviv, a side competing in its first group stage since 2005, of Israel 4-0, to provide the winning feeling for English representation in the opening week of this year’s Champions League.

Meanwhile in the Europa League Liverpool and Spurs got off to satisfactory starts, with a 2-2 draw in Bordeaux and a 3-1 home win over Azerbaijani champions FC Qarabag respectively.

In the Champions League, to witness three of the four English side slip to defeats in the opening week was unprecedented, but the main worry comes with how these results have followed a wider depression of Premier League performance in the competition since Chelsea won it in 2012.

In both 2013 and 15 no English side managed to pass the last-16 stage and although Chelsea reached the semi-finals in 2014, Arsenal (in the second round stage) and Manchester United (in the quarter-finals) were dumped out by Bayern Munich.

So what is the reason behind the sudden decline from the happier times of 2005-12 when England had seven finalists and three winners? The argument that seems to be building consensus pins ultimate responsibility at the foot of the Premier League, the competition that may have got so big its major players are finding it difficult to compete outside of it.

Jose Mourinho, Arsene Wenger and Mauricio Pochettino have each bemoaned how they are finding it difficult, in the hustle-and-bustle of a domestic competition now laden with resources throughout, to manage their squads with Europe in mind.

With the eye-watering £5.14 billion television deal in place, this summer has not only seen the Premier League lure talent such as Dimitri Payet, Andre Ayew, Yohan Cabaye and Xherdan Shaqiri, but share them out between the mid-range band of clubs in Crystal Palace, West Ham, Swansea and Stoke City. It is certainly making the league a more attractive product for its chief executive Richard Scudamore to sell for vast riches but it may be coming at an expense of performance in Europe.

Manchester United and Manchester City both had to work hard to overcome both Liverpool and Crystal Palace, the latter requiring a last-minute winner, at the weekend while Arsenal were met with Stoke’s stiff resistance and Chelsea were beaten 3-1 at Everton.

With more clubs armed with stacks of spending money and cameras demanding a show right across the globe, the top Premier League clubs are discovering every domestic game is now a contest, leaving them little reserve energy to exert in midweek trips to Zagreb or Eindhoven.

Struggle cause of a wider malaise?

That could be however the cause of a wider malaise; more money should mean that the top clubs should be building better, deeper squads, right? Perhaps it is destabilising the way English sides want to play in Europe too. Juventus, last year’s finalists who have had success from Massimiliano Allegri’s versatility in developing different ways of playing during matches, defeated City despite failing to win any of their opening three Serie A games after an overhaul of personnel in the summer.

City, accustomed to the thrust of the Premier League of which they sit top with five wins out of five so far, weren’t able to deal with Juventus’ discipline and ability to adapt on and off the ball, their intelligence and patience, their ability to rest on the ball, and of course the brilliance of Alvaro Morata who took his chances while Raheem Sterling, England’s most expensive talent at £49 million, couldn’t.

Manchester United are busy trying to reach Louis Van Gaal’s zenith for total domination of matches, where passes are used for control and the variables involved in the opposition having the ball are eliminated.

In the game with Swansea, where this blueprint was being followed to the letter, it was all going so well until Ayew and co. turned up the pace and United found themselves suddenly beaten 2-1 despite bossing the ball with 65% of it.

Whereas that obstinate style would fit in perfectly on the continent, the Premier League’s relentless speed refuses to allow it to succeed. The two competitions United find themselves competing in are polar opposites and it is reasonable to expect setbacks when trying to adjust.

Entertainment coming at a cost

In terms of pure entertainment, Everton’s defeat of Chelsea and even Leicester’s comeback win over Aston Villa a day later were just two cases of how the Premier League can’t be rivalled. It can be criticised in many ways but eyes are sure to be attached to its every move from all corners of the globe. But that is coming at a cost as some eyes are beginning to be diverted to the UEFA coefficient.