Slaven Bilic: Should West Ham sack the Gaffer this summer? 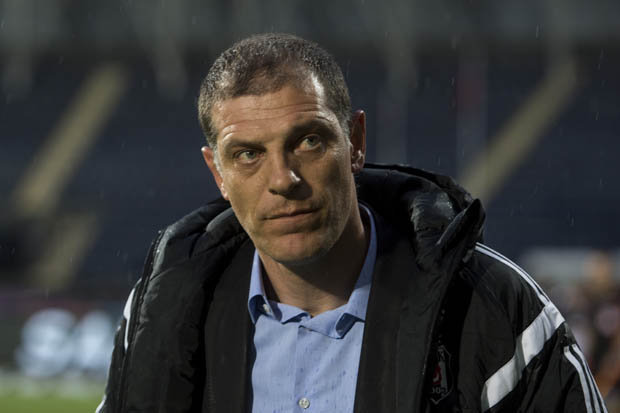 Slaven Bilic was appointed the West Ham United manager in the summer of 2015 and has a contract until June 2018.

West Ham did well last season and almost finished in the top four of the Premier League, but it looks like they may not even get into the top 10 this campaign.

Bilic is a good manager and also a brilliant pundit, but is he the right man to take West Ham forward?

Given that the Hammers are playing in the Olympic Stadium and have lofty ambitions of competing with the best teams in England), should they keep faith in the Croatian?

Should the London club at least explore the option of looking at a different manager at the end of the season?

West Ham have not given any indication that they are planning to get rid of Bilic in the summer, but it would not be unwise to take advantage of free bets from www.freebetoffers.co.uk and back a different manager for the 2017-18 campaign.

After all, the Hammers let go of Sam Allardyce to bring in Bilic despite the Englishman having established the club in the Premier League.

The 2016-17 season was going to be the season in which West Ham progressed, but they seem to have gone backward.

True, the situation surrounding Dimitri Payet was not ideal and that has had an effect, but surely Bilic has to take some blame for results on the pitch.

Defensively the London club have looked poor at times – they suffered successive 4-2 defeats to Watford and West Bromwich Albion in September – and also failed to progress to the group stage of the Europa League.

Yes, West Ham have struggled with injuries in attack, but there can be no denial that overall the performance has been disappointing.

The Hammers could still end the season in the top 10, but would that be good enough for a team who were just four points worse off Manchester United and Manchester City last campaign?

However, it must be kept in mind that many of the summer signings have failed to perform, and it is not entirely Bilic’s fault.

Sofiane Feghouli arrived at the London Stadium with promise, but he has done little to prove that he can be a success in the Premier League in the long run.

Havard Nordtveit is not even guaranteed a place in the starting line-up, while Simone Zaza came, saw, failed to conquer and left.

Back him instead of sacking him

Would West Ham get a better manager than Bilic in the summer? Would the new boss be able to work with the players he is given, as it is co-chairmen David Gold and David Sullivan who make most of the signings?

Would fans take to the new manager the way they love and adore Bilic?

For West Ham to progress as a club and keep their long-term ambition intact, they should not get rid of Bilic in the summer.

Instead, the Hammers should back him in the summer transfer window and sign the players who would enhance the quality of the squad.