Home / NewsNow / Tottenham: The swagger is back, but defensive frailties remain

Tottenham: The swagger is back, but defensive frailties remain 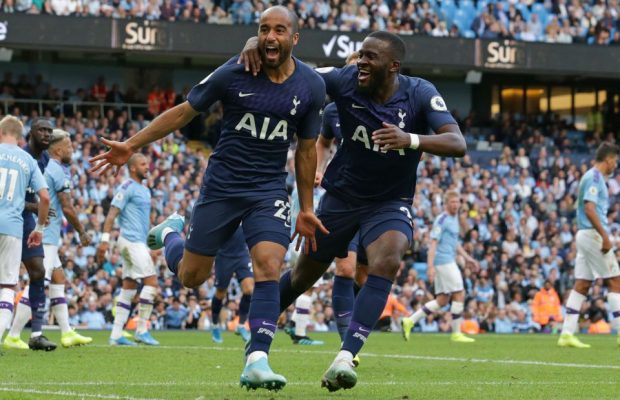 After just four league games the swagger appears to be back for Tottenham Hotspur. But, make no mistake there is still plenty for new boss Jose Mourinho to get his teeth into as his sides defensive issues raise their ugly head too many times over ninety minutes.

The weekend thumping of Burnley showed Mourinho isn’t prepared to stifle Tottenham’s attacking prowess but acknowledges that much more is to be done if Spurs are to finish the season in the Champions League places.

When Mourinho was appointed the Lilywhites were down in 14th place and closer to the relegation places than the top four, but in a very short space of time the impact of the new manager has seen Spurs rise to 6th and now only six points off Chelsea as they chase Champions League qualification once again.

The re-emergence of Dele Alli has been key to the way Tottenham have performed since the Portuguese arrived, back playing behind Harry Kane has seen a resurgence in the England man’s form with three goals in four games coupled with performances that haven’t been since prior to Mauricio Pochettino’s sacking.

Giving confidence to Lucas Moura with a run of starts has been rewarded with goals whilst Harry Kane has begun to find space where before it previously appeared to not have existed.

Not only does Mourinho face issues with his sides defensive frailties he has yet to find a suitable midfield pairing. Both Sissoko and Harry Winks failed to impress against Manchester Utd during the week, Mourinho does favour Eric Dier although he doesn’t appear able to manage two games in a week. Tanguy Ndombele has started just one of the four league games so far whilst Mourinho remains unconvinced Christian Eriksen’s future lies at the Tottenham Hotspur Stadium.

Under Pochettino, Spurs had solid defensive records aside from this season and some alarm bells ringing through the second half of last season. So far, the side have only kept one clean sheet under the new manager, this is where the biggest improvement has to come if the team are to catch those in the top four.

There is much uncertainty as to whether Mourinho will have money to spend in the January window or if it is dependant on players moving on. The improvement may have to come from time on the training pitch, something in short supply since the Portuguese took charge with games coming thick and fast.

One thing is sure though, Mourinho will ship out those not up to the task of restoring Tottenham’s fortunes, he’s been brought in to ensure the next chapter of the club’s history contains trophies and being a winner you can’t see him suffering those who aren’t good enough to wear the white shirt.

There is more than enough time left for Tottenham to get themselves into the Champions League places especially with Manchester City out of sorts and Chelsea showing at the weekend they are just as beatable.

Whatever happens, it promises to be a rollercoaster ride, just another day in the life of a Tottenham Hotspur fan.