Home / Columns / The Toon Tribune: Why Sheffield United victory was a welcome distraction from takeover saga

The Toon Tribune: Why Sheffield United victory was a welcome distraction from takeover saga 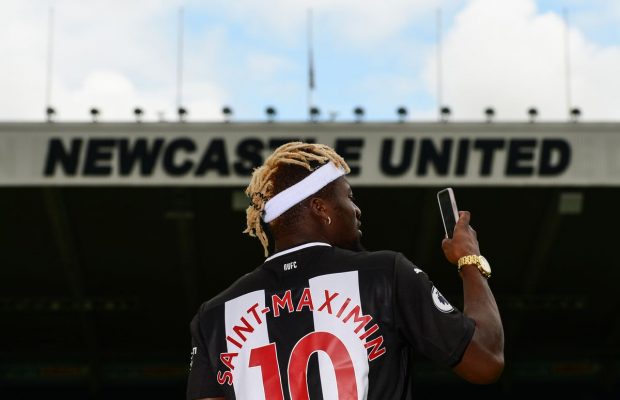 Newcastle United returned to Premier League action on Sunday, with the league resuming after a three-month hiatus following the Coronavirus outbreak.

The Magpies have been embroiled in a takeover saga over lockdown, which has dragged on for weeks, while they players seemed glad to return to the pitch. The eagerness to play again was evident as Newcastle ran riot with a convincing 3-0 victory over 10-man Sheffield United.

The Blades have been the Premier League’s surprise package this season and are chasing a European spot, while they were also the favourites prior to the match, having played a few days earlier. A dull first half reflected the lack of football played by both teams, with very few talking points. The hosts had the best opportunity, with Joelinton spurning a golden chance, having been played through by Miguel Almiron after 17 minutes.

The visitors were reduced to 10 men shortly after half-time. Joelinton was involved again as he was pulled back by Blades defender John Egan, after racing through on goal. Even with 11 men each, the Magpies were arguably the better side, however they made sure to take advantage of the extra man. The deadlock was broken on 55 minutes as French maverick Allan Saint-Maximin slotted home a Matt Ritchie cross, after Blades defender Enda Stevens miscued an attempted clearance.

The lead was doubled shortly after, when Matt Ritchie firing in from the edge of the box after being allowed time to find an angle. Misfiring number nine Joelinton sealed the points, finishing from close range after Almiron’s centre; ending the Brazilian’s barren run in front of goal, much to the delight of his teammates.

The Magpies seemed much fitter than their opponents, and even played decent football, while scoring more than two goals at home for the first time this season. The scoreline may have been surprising to some, given Sheffield United’s impressive away record (losing only twice in the league). The Blades were unexpectedly sloppy at the back, while they may have found their bogey team, with Newcastle completing a league double over the Shoreham boys.

Another positive factor was the performance of Joelinton. The Brazilian arrived with a lot of weight on his shoulders, after commanding a hefty £40m fee as well as donning the famous number nine jersey.

The 23-year-old scored only his second league goal of the season, however he was heavily involved in the United attack. After missing a one-on-one earlier on, his head did not drop. Joelinton’s powerful surge through the Blades defence resulted in Egan’s red card, while his centre-forward play and desire to break into the box for his goal was notable. The forward has received significant criticism so far this season, however fans will hope that his display will serve as a catalyst for the rest of the season.

As the takeover saga rumbles on in the background, it has become somewhat frustrating for the supporters. However, as their team has returned to the pitch in style, it has come as a welcome distraction to off-the-field matters, with the Toon Army hoping for the same again on Wednesday evening against Aston Villa.